I have four kids. They’re 7, 5, 4, and 2. The middle two are sixteen months apart, while the third and fourth are separated by twenty-one months. (Let’s hear it for efficiency!) We get a lot of comments, but the most common one I get is, “I don’t know how you do it.” 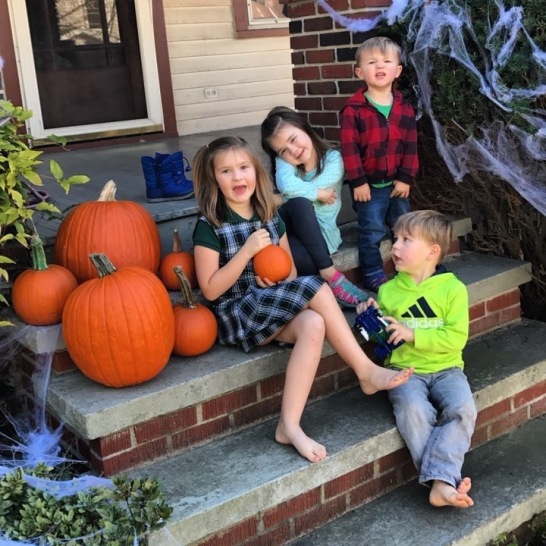 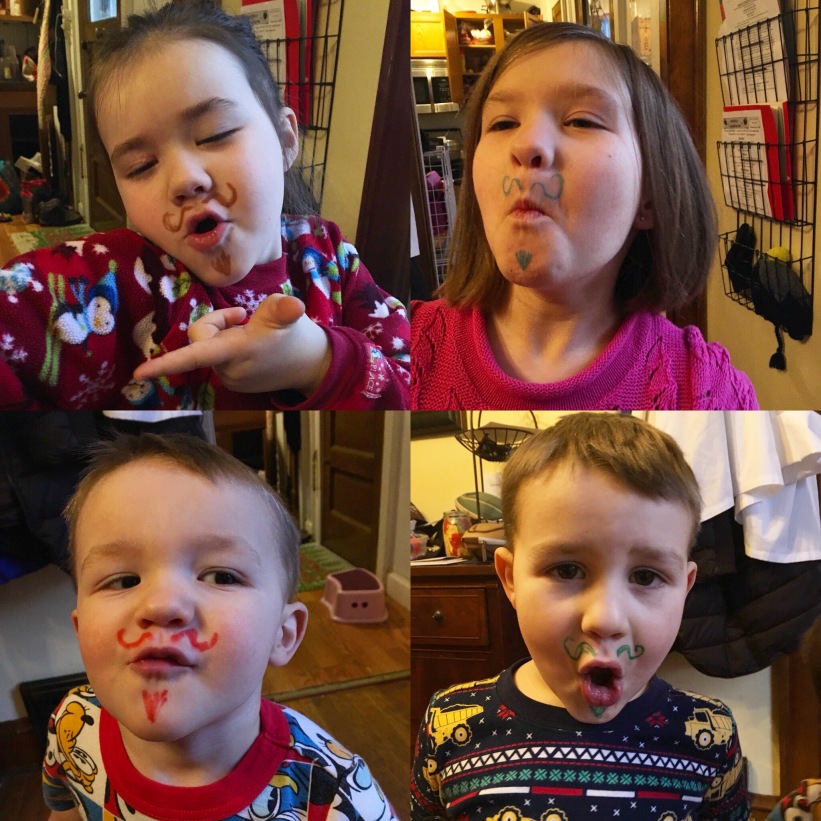 This is usually partnered with some sort of comparison in which the speaker judges her own situation as “less difficult” than mine. As in, “I only have one (or two or three) kids. I can’t imagine having four!” Or, “I can barely handle my two kids, so four would be impossible for me!” You’d be surprised (but probably not) to hear how self deprecating the mom crowd is, constantly berating themselves for not handling their own lives “better” as compared to how someone else is doing. It’s simultaneously complimentary of the mama with the full hands and heart, but judgmental of self. “You’re doing so much, so well! I’m failing at the comparatively little I have.”

I hear it a lot, y’all, most recently from a friend of mine:

“I think you’re amazing. Whenever I have a hard time with my one, I feel humbled by your four.”

And here’s my response to that: Don’t be humbled by me, friends. Please don’t. Please.

There’s this line in Man’s Search for Meaning, in which Viktor Frankl says that suffering fills the soul like gas fills a chamber. It doesn’t matter how much gas you put in a chamber, it always expands to fill up the entire space. Now, hopefully, being a mother isn’t the same as living in a state of actual suffering, but I think the point remains the same. It doesn’t matter how many or how few children you have, whether your work lies inside or outside the home, or with what apparent ease you parent in public. The struggle always expands to fill the entire space of your heart. This gig ain’t easy. Period.

So, mamas can we please stop comparing? Please? I completely understand trying to size up how we’re doing because I am a constant affirmation seeker myself. But at some point we have to learn, and I mean really learn, that there’s no right way to do all this. Every mother is different, every child uniquely needy and quirky, every family fueled by different goals and values and dreams, plagued by different demons and frustrations. There is no standard measuring stick to tell us we’ve made it.

And while we’re at it, can we stop saying we’re “just” anything? Like, stop saying you  have “just” one kid, or you’re “just” a stay at home mom, or the dinner you fed your kids after working a full day at a demanding job is “just” McDonald’s. “Just” sucks. It just does.

Y’all, I can think of about a million reasons that having one kid is “harder” than having four. You’re their sole entertainment, comfort, lifeguard, everything. That. Is. Exhausting.

I can think of about a million reasons that being a working mom is “harder” than staying home. You’re constantly running, planning, juggling, and I guarantee you probably struggle when you have to say no to work or kids. Constantly balancing is exhausting.

I can think of about a million reasons that being a stay at home mom is “harder” than working out of the home. You don’t get tangible return on your work, there aren’t ever finished projects, you’re never alone but always lonely. It’s exhausting.

I can think of a million reasons that having four kids is “harder” than having one. Socks. There are never enough effing socks and sock hunting is exhausting.

I am not a hero or supernaturally able to handle “more” because I have four kids. We’re all handling the huge load we’ve been given and amounts don’t matter because every load is heavy as hell. I’ve been saying this and repeating it for years and I still suck at doing it myself, so I’m going to keep preaching…to you, to me, to anyone who will listen: Give yourself grace. Show yourself mercy. Encourage and lift up that mom of six you see navigating life like a goddess! You should absolutely be in awe of her! But don’t be in awe of her at the expense of your own heart. Don’t forget to love yourself, mama. Please don’t. Because I guarantee that you’re doing so much better than you think. So, so much better.

Mary Susan Delagrange CD(DONA) is a birth doula serving Cleveland, Ohio and the surrounding areas. View all posts by brightbirthdoulaservices

“We have a secret in our culture, it’s not that birth is painful, it’s that women are strong.” -Laura Stavoe Harm
%d bloggers like this: